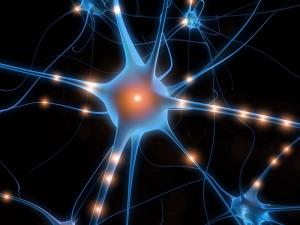 Some of you have probably heard the old adage that ‘you can’t teach an old dog new tricks’ and, at times, you’ve possibly even applied this to yourself when you’ve been faced with a new task. However, there’s now a huge amount of evidence in the science of neuroplasticity to show us this is not true. Neuroplasticity is the ability of the brain to change its physical structure and function based on input from your experiences, which includes your behaviours, emotions, and thoughts. It used to be believed that except for a few specific growth periods in childhood, the brain was pretty much fixed, but now we know our brains are capable of change right up until the day we die.

Neural pathways are the connections in our brains that are formed based on our habits and behaviours. The number of connections within a particular neural pathway increases with the frequency a behaviour is performed. When particular brain cells communicate frequently, the connection between them strengthens and then, those messages that travel the same pathway in the brain over and over again begin to transmit faster and faster. It is through enough repetition over time that these behaviours become automatic. Reading, driving, and riding a bike are examples of complicated behaviors that we have learned to do automatically and unconsciously because neural pathways have been formed through repetition. Your brain forms neural connections based on what you do repeatedly in your life – both good and bad. This concept applies to EVERYTHING we do– from worrying about every little thing, biting your fingernails, looking at pornography, going to the gym, meditating, any behaviour that you can think of.!Your repeated mental states, responses, and behaviors become neural traits.

I like to think of these neural pathways are roads in our brain. The pathways that we use all the time and have become automatic are equivalent to a motorway – it gets you from A to B quickly and efficiently with no dramas. But when we are forming a new behaviour that requires us to form a new neural pathway, it’s like taking the bush track – it hasn’t been cleared yet, so it’s more challenging and it takes effort because we’re having to the do the work as we go. The good news is that these pathways get stronger with repetition until the behaviour becomes the new normal.

There’s a catch 22 though: it’s important to remember that our brains are hardwired for efficiency under stress. What this means is that when we are trying to engage in a new behaviour but we find we’re faced with additional stressors, such as a bad day at work, lack of sleep, or an argument with a loved one, this stressor then acts as a giant rock on our bush track and suddenly it’s no longer efficient for us to plug away on the bush track so our brain will revert back to the motorway, to the old undesired behaviour we’ve been trying to change, because this is the most efficient way to alleviate stress. For example, think about this in the context of starting a new exercise plan: you do really well for the first 3 days, but on the fourth day you have a bad day at work and the kids are unwell, and suddenly it becomes too hard to get yourself to go to the gym or for a walk. And this, my loves, is how we all fall off the wagon from time to time when we are trying to change our ways.